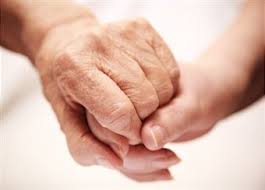 The U.S. is not the only country to have concerns about its elderly guardianship system. The Japanese government has also tried to address the situation.

Like other developed nations Japan has an aging population and an increasing number of dementia cases. In 2000, Japan started a guardianship system to help with this issue. The idea was to provide support for elderly dementia patients who were no longer capable of making decisions on their own.

While this program was helpful, it also led to many incidents of elder financial abuse. In 2012, Japan sought to address the abuse situation with a new law that allowed people to place their money in trust banks. Guardians are only allowed to withdraw money from the trusts with the approval of a family court.

As Japan Times reports in "Financial misconduct by legal professionals acting as guardians hits record high" a new study reveals that abuse is down overall.

Abuse by legal professionals is at its highest point, but that might be because of an increased use of professional guardians.

In the U.S. many advocates are also seeking reforms to state guardianship systems in hopes of eliminating the financial abuse of the elderly, which is a growing cause of concern throughout the country. As lawmakers look for ways to prevent abuse, they might look to what other countries, such as Japan, have done to curb the situation.

While it might not be practical in the U.S. for a guardian to seek court approval before making every withdrawal from an account, there is a lesson to be learned in that the greater oversight of guardians leads to fewer incidents of elder abuse.

The comments to this entry are closed.